Orrcon Steel is a leading Australian manufacturer and distributor of steel, tube and pipe. The business, owned by BlueScope Steel, employs some 600 people in manufacturing plants in Queensland and South Australia and distribution plants throughout Australia. At the heart of the Victorian distribution plant is an automated steel bar picking machine, a large and complex piece of equipment with four individual operating stations, which has been in place for 13 years. Orrcon took over this machine in March 2016, and quickly found that bottlenecks and inefficiencies meant next-day deliveries were often not being met.

Rather than take a ‘watch and observe’ approach, OE Partners immediately delved into the brains of the equipment, analysing data that hadn’t previously been accessed because of a lack of onsite expertise. The causes of bottlenecks were identified, and methods of operation changed to ensure next-day delivery of steel.

DIFOT (delivery in full on time) is now being achieved for just over 90% of orders, compared to 60% previously. Customer satisfaction has improved markedly, machine replenishment systems have been improved, maintenance has been streamlined and labour needs have dropped by about 20%.

When Peter Whelan joined Orrcon Steel as Operations Manager in May 2016, he found high levels of tension in the company’s distribution plant in Victoria. Orders were sometimes days behind, sales staff were frustrated, customers were unhappy and some were looking to alternative sources of supply.

“What I found interesting about OE Partners was that they didn’t go about it in what I would call the traditional method of watching and observing,” Peter Whelan says.

“Initially I was a bit sceptical about the approach, as he spent a lot of time delving into the brains of the equipment and analysing data. We hadn’t been able to do this previously because we didn’t have the onsite expertise.”

OE Partners quickly realised that the machine was under-utilised, and was often idle despite a large number of orders backing up. However, the optimal operational process was not clearly apparent, and accurate measures were not easily accessible.

“We were able to build up a really accurate 12-month data model which revealed issues including a slow picking process, incorrect stock levels and the removal of operators to perform other tasks.”

They engaged closely with the European manufacturers of the equipment, collecting data, interrogating it and running a series of tests. An end-to-end Value Stream Map of the whole operation was completed, and workshops were conducted with key staff to uncover the overall process, pain points and potential errors. 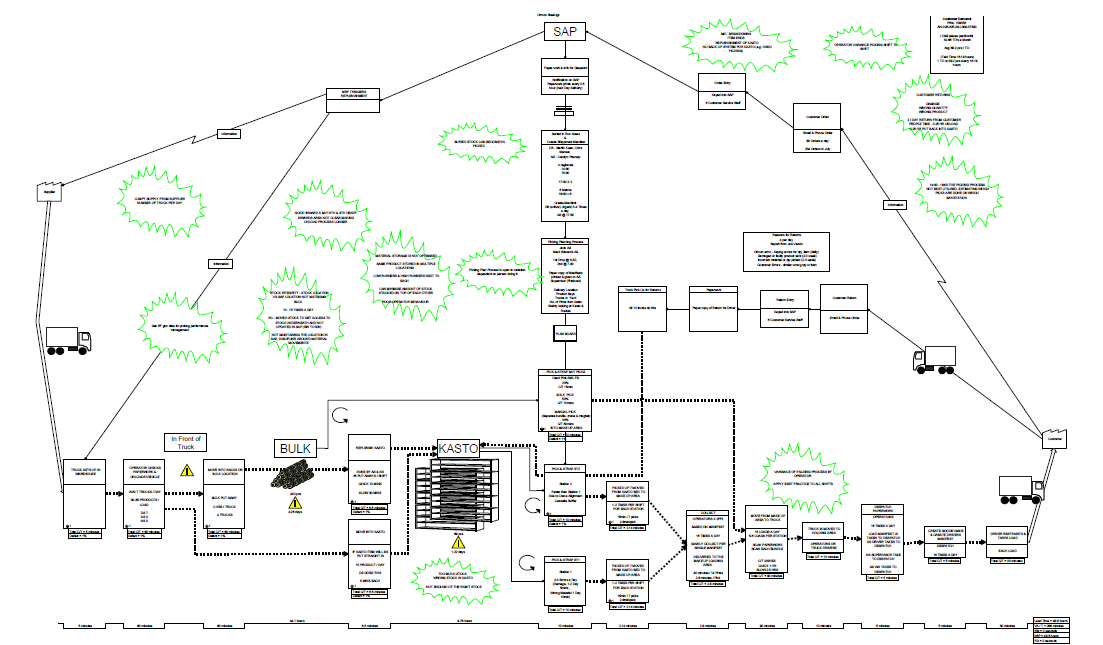 “There was a mountain of unused process data residing in the operating system, and it provided an accurate understanding of what had been happening, right to the very second,” Damien Lacey says. “We were able to build up a 12-month data model which revealed issues including a slow picking process, incorrect stock levels and the removal of operators to perform other tasks.”

Maintenance and machine setting issues were also hampering performance, with the result that next-day delivery of orders was sometimes dragging out another two or three days.

Once the problems were identified, Orrcon changed and refined methods of operation, improved replenishment systems and addressed key maintenance issues.

Within three months, DIFOT lifted from 60% to more than 90%, and labour requirements dropped from around 55 staff to around 45.

Sales volumes have picked up again, customers are happy, and a sense of calm has replaced the previous tensions in the plant.

“OE Partners’ approach to our problems was completely different from what I had expected. The data they produced regarding the unused capacity of the machine really surprised us.

In just three months OE Partners’ work has assisted us lift DIFOT from around 60% to more than 90%, sales volumes have increased and we have reduced manpower by 20%. The business is now running very smoothly, and we are extremely pleased with the overall outcomes.”